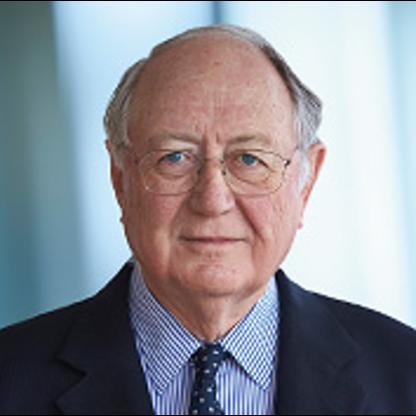 Bruno Schroder of Dunlossit died on 20th February 2019. He inherited the estate in Islay in 1969 on the death of his father, Helmut Schroder, and it was always at the centre of his busy life. He was blessed with an idyllic childhood there during World War 2. He loved Islay, and its people, his estate and staff, the stalking and the pigs which he introduced to battle against the bracken, and his library of books on the history and culture of the island. At Dunlossit he lavishly entertained his many and varied guests, on one occasion inviting the teenage crews from two Ocean Youth Training yachts, anchored off Port Askaig, to have showers in the house.

He was elected a member of the Gathering in 1970, and became involved in the re-organisation of its finances after the crisis of 1978.  In 1979 he became a founding Trustee of the Argyllshire Gathering Piping Trust, remaining a Trustee until his death.

The Gathering has been a very considerable beneficiary of his and his family’s generosity. In 1999 Schroders stepped in to become main sponsor of the Games, following the withdrawal of Hydro-Electric, and continued to keep the Games afloat until 2006.   His family sponsored the teaching work of the Piping Trust in Islay, in partnership with the Education Authority.  He was also a major donor to the Hall.

Throughout the 1990s he was Dancing Steward.  He was a connoisseur of dance steps, and a keen spectator of the dancing competitions at the Oban Games. He himself was a good and tireless dancer at the Balls, wearing his plain green kilt.

Beyond the ambit of the Gathering he and his family were involved in numerous projects to benefit the economic life of Islay, notably financing a new life-boat – the “Helmut Schroder” – as well as investing in a range of fledgling businesses.

Bruno was educated at Eton, Oxford and Harvard Business School before joining the Schroder family bank in 1960. From 1963 he sat on the Board of the Bank’s parent company, his main role being patriarchal oversight of the family interests.

He lived life to the full, unassuming and with great charm, wearing a permanently quizzical, slightly concerned look. His attention to detail was legendary, his endless comments and suggestions enshrined on coloured “post-it” slips, which were inclined to reach their destinations well after they ceased to be relevant. He was supported for eighteen years by his patient and efficient secretary, Debbie Mesquita.

His other passion was flying, spending ever more time in various parts of the world as well as commuting between London and Islay, his last plane being a bespoke six-seater Pilatus.

Suzanne has been for many years his stalwart companion and tower of strength. Our sympathies are with her, with his daughter Leonie Fane (a member since 2001), and with his sister Charmaine Mallinckrodt (a member since 1988).